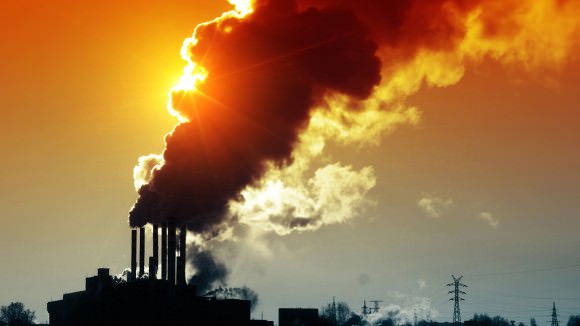 The massive increase in wind and solar energy helped prevent the premature deaths of up to 12,700 people over a nine-year period in the US, according to new research which illustrates the wider benefits of ditching fossil fuels beyond limiting global warming.

The lower carbon emissions were worth billions of dollars as a result of the avoidance of the range of problems caused by fossil fuels, according to a paper about the study published in the journal, Nature Energy.

The UK Government has pledged that the sale of new petrol and diesel vehicles will be banned from 2040 – a deadline criticised by environmentalists as being too far in the future to make a difference. In contrast, Norway plans to phase out such vehicles by 2025.

According to the Royal College of Physicians, about 40,000 deaths a year in the UK are “attributable to exposure to outdoor air pollution”, which has been associated with “cancer, asthma, stroke and heart disease, diabetes, obesity and changes linked to dementia”.

The new research, which was funded by the US Department of Energy, found there had been significant declines in major air pollutants between 2007 and 2015.

Carbon dioxide fell by 20 per cent, sulphur dioxide by a staggering 72 per cent, nitrogen oxide by 50 per cent and tiny particles known as PM2.5 by 46 per cent.

While some of this was due to fossil fuels being replaced by renewable energy, tougher emission regulations also played a part. Sulphur dioxide emissions fell from nine million tonnes in 2007 to 2.5 million tonnes in 2015 after coal power plants were forced to fit equipment that filters the gas out to meet air quality standards.

The growth in solar and wind power was dramatic, increasing tenfold from about 10 gigawatts in 2007 to roughly 100GW in 2015.

“From 2007 to 2015, solar and wind power deployment increased rapidly while regulatory changes and fossil fuel price changes led to steep cuts in overall power-sector emissions,” the researchers wrote in the paper.

The researchers, led by Dr Dev Millstein of the Lawrence Berkeley National Laboratory in California, also estimated the increased generation of renewable energy was worth between $5.3bn and $106.8bn in “cumulative climate benefits” over the same period.

These include “changes to agricultural productivity, energy use, losses from disasters such as floods, human health and general ecosystem services”.

Sam Bright, a lawyer at environmental activist group ClientEarth, which has twice successfully sued the Government over sub-standard air quality plans, said it was clear that “moving away from coal brings major health benefits”.

But he added: “It’s essential that we make sure we use the opportunity the end of coal gives us to create the energy system of the future.

“That means replacing coal power stations with renewables, yes, but also making sure energy efficiency is top of the agenda and we build storage and flexibility into the system to lower and manage demand.

“A cleaner, more flexible energy system will mean fewer emissions of those pollutants that are harming people and our planet.”

Nina Schrank, energy campaigner at Greenpeace UK, said: “Our energy system is radically transforming. Milestones such as the falling costs of offshore wind and solar, and the first working day without coal in Britain, are coming thick and fast as we move towards a low carbon economy. Now research also suggests that renewable power could be beginning to clean up the air by displacing some fossil fuels, but we need so much more.

“Our Government should prioritise speeding up the energy transition and making the UK a world leader in clean, green technology. Public opinion polls show that more than three quarters of people in the UK already support renewable energy. It’s time to grasp the enormous potential of renewable energy and energy efficiency, which can give us cleaner air, skilled jobs and fair bills, whilst also helping towards our climate targets.”